The past is back – and with a vengeance.

Since the beginning of the pandemic, we’ve seen people lean into escapism by flocking to eras past – whether that’s digging out old childhood videogames, trading in iPhones for flip phones, watching movie reboots or declaring Kate Bush’s 1985 hit ‘Running up that Hill’ the official song of summer 2022. On TikTok, #nostalgia has 47 billion views. 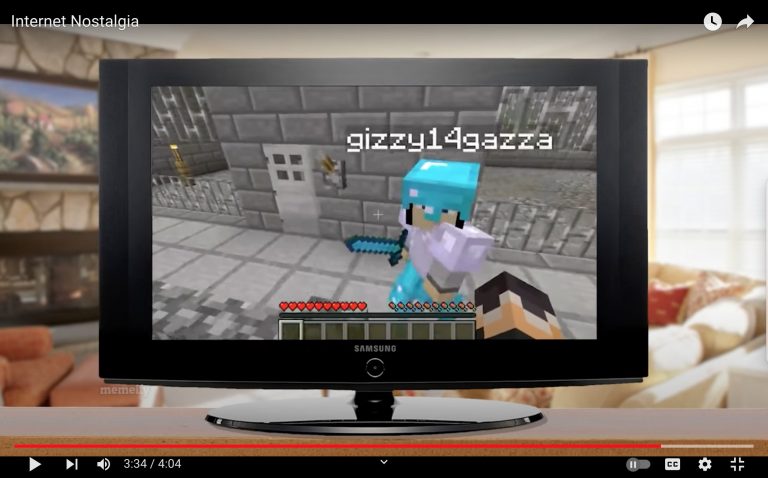 So, what’s going on?

It seems that more and more people yearn for digital comfort food. Recent studies suggest that nostalgia can physiologically warm you up – in effect acting as a warm comfort blanket in difficult times. It’s understandable that people are attracted to memories before war, coronavirus, climate catastrophe, political turmoil, disinformation and cost-of-living crisis were a part of our vocabulary.

The early web, in short, reminds us of simpler times.

A yearning for simpler online communication

Meta’s changes to Instagram in hopes of competing with TikTok have divided users.

Where there used to be photos and posts from accounts you follow, there are now suggested videos and Reels, seemingly mimicking the format of TikTok. Angry users have started a Change.org petition that has been circulating social media – even winning favour with influencers like Kim Kardashian and Kylie Jenner – accompanied by a post urging the company to “make Instagram Instagram again.”. It has garnered over 2.2 million likes. 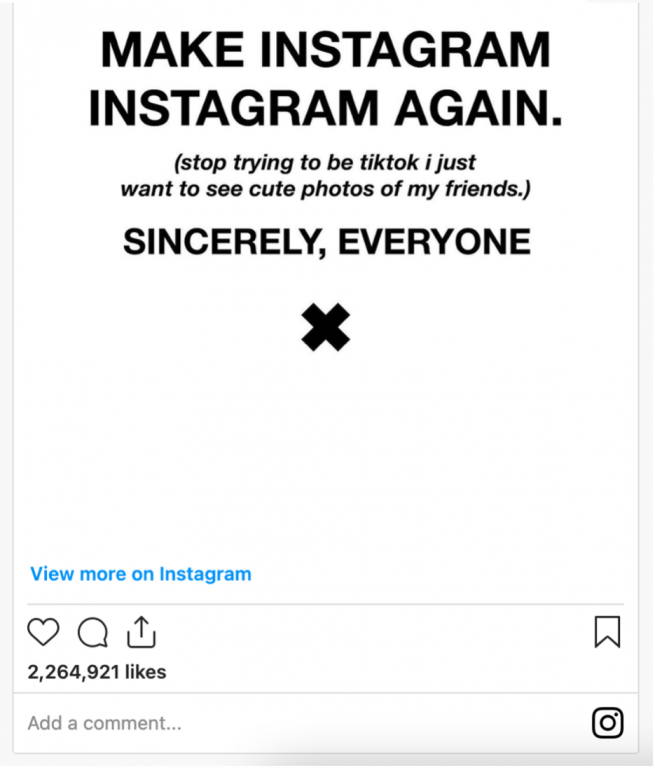 Fans, in short, just want Instagram to go back to the way it was.

But critics say social media nostalgia may be at play.

Bringing back the “old” Instagram design, or a chronological feed will not recapture the magic of olden-days Instagram.

Internet culture has irrevocably changed. Most importantly, how and what we want to share on the internet has changed. Today, intimacy is fostered through DM’s, group chats, or ephemeral posts to close friends rather than by sharing or commenting on highly personal public-facing photos that are permanently displayed. In that way, our current form of hyperspecific online groups and messaging – referred to as Web 2.5 – interestingly mirrors early internet ways of communicating. Trend forecaster Sean Monahan recently spoke of this vibe shift that’s taking place, away from the corporate clutches of tech monopolies to subscription-based models such as Patreon and Substack.

This transition also involves a visual media shift, moving from a text and picture-driven online experience to one dominated by video. And Meta officially acknowledges this. Instagram’s head, Adam Mosseri, responded to the user backlash by stating:

“I need to be honest – I do believe that more and more of Instagram is going to become video over time. We’re going to need to evolve, because the world is changing quickly, and we’re going to have to change along with it.”

I wanted to address a few things we’re working on to make Instagram a better experience.

Please let me know what you think 👇🏼 pic.twitter.com/x1If5qrCyS

TikTok’s rise to the top, as well as competitors’ efforts to keep up, highlight the change in how we find and consume entertainment and information about the world around us.

This is why brands should take nostalgia as a trend seriously. Businesses need to meet consumers where they are, on their own terms, or they will migrate to seek more personal freedom and expression elsewhere. 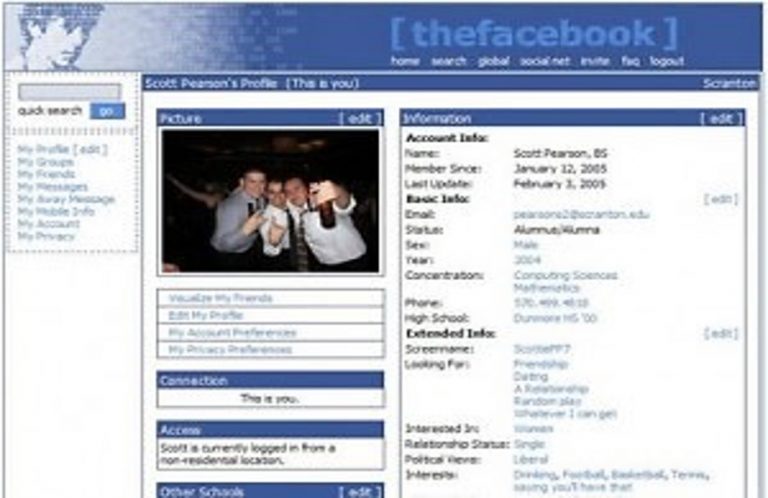 A yearning for creative individualism

Another early-web platform is enjoying a nostalgic revival. After years of struggle, Tumblr is rapidly appealing to nostalgic Gen-Z’ers for its distinctly creative, chaotic and individualistic sub-culture. In this way, its rising popularity has less to do with Tumblr itself and more to do with disillusionment towards other platforms.

The microblogging site goes against the dominant social media grain by:

Therein lies the secret to today’s Tumblr nostalgia: it’s likely a subconscious rejection of Silicon Valley tycoons, in favour of a decentralised web removed from tech monopolies. Where netizens return to being empowered creators – not products.

Younger millennials and Gen-Z are not only romanticising Tumblr’s old-fashioned communication features  – they are showing their appreciation for the values the platform stands for by emulating its subculture’s fashion. 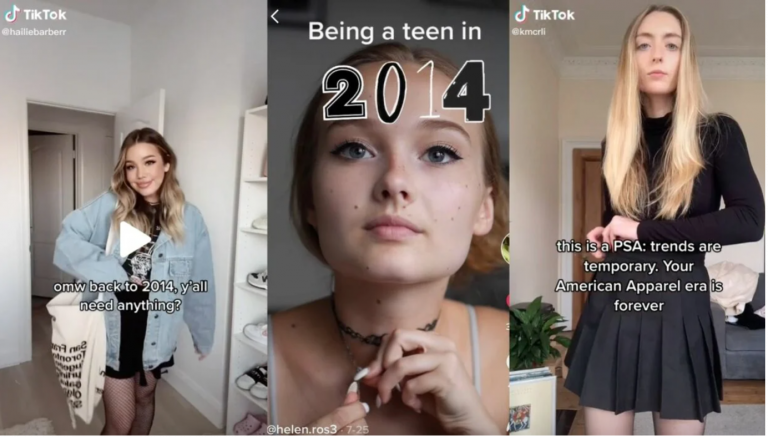 Users want to take their place as creative creators in this new era of social media – and both Big Tech and brands have been slow on the ball. So pull out the red carpet, the kitchen sink, the lot. Tumblr’s revival and trendsetter status show how users want to be recognised as a force to be reckoned with by businesses. 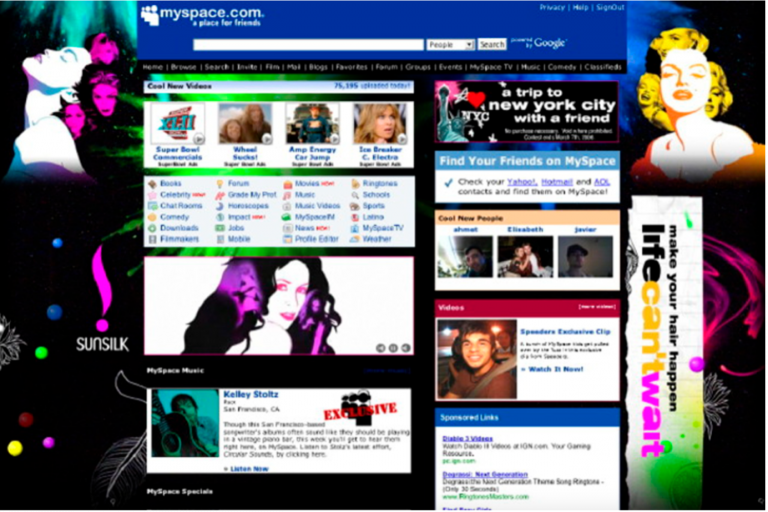 Today’s obsession with thinking back is about getting the chance to be hopeful again. Stress and uncertainty motivate people to reach for times in their life that weren’t stressful or so fraught.

So Gen Zers are looking for simpler times. A return to simpler online communication and more individualism on social media platforms are ways of taking back control over one’s digital existence – in the face of diminishing control in ‘real life’. With social media a bigger part of everyday life for Gen Z than previous generations, the younger generation is constantly front and centre for big cultural moments — including traumatic ones.

Little wonder they also live out and try to process that trauma online.