Rethinking ESG after the Ukraine conflict

As the world watched in horror when Russian tanks rolled into Ukraine, we all overwhelmingly reacted with fear, panic and anxiety. I live just a 3-hour drive away from the Polish-Ukrainian border and being so close to a warzone is not something I ever expected to experience. All of a sudden, war turned from a faraway, distant and concept-like issue into a real threat that most Western and Central Europeans alive today have never experienced.

It made us stop. It made us re-evaluate what is truly important in our lives, in society at large and in business.

In times like these, profits, consumption and marketing may at first appear meaningless and empty. Some marketing commentators even went as far as saying that “marketing is rendered superficial and ridiculous (…), entirely worthless in the face and magnitude of war” and that the only hope for brands right now is to provide practical solutions to war-related problems. That way, the argument goes, brands can be remembered fondly for the peaceful times ahead.

As intuitive as it sounds, it falls short in today’s connected society. Not only can brands act to be remembered later, but they can act to make real and impactful changes now and elicit consumer responses in real-time, not in some distant post-war future.

As news spreads about how famous brands are reacting and what concrete steps they decided to take, we judge whether this is genuinely helpful for Ukraine. Our reactions are recorded on social media as events unfold and what companies do, how they react to the war, becomes part of the emotional rollercoaster that we’ve all been riding these past few weeks.

Just as corporations played a crucial role in funding World War II, they will play an equal, if not more important, role in this conflict. Consumers are acutely aware of the power that companies hold over the economy and they expect them to act in ethical ways when asked about it directly.

When surveyed, people say that they want companies to put their money where their mouth is. For example, in a recent poll by Morning Consult 75% of Americans are in favour of companies cutting ties with Russia. Another survey by Gartner showed that 80% of people in America want to see at least one action taken by corporations in relation to the war.

But what do people think and how do they feel when they are not asked by researchers? How do people talk to each other on social media about brand responses to the war?

At Listen+Learn Research we started seeing some patterns and decided to combine our observations into a coherent framework – not with the aim to create exhaustive lists but to evidence the different courses of action that brands have been taking in response to the war. And more importantly, how people felt about these on social media.

Broadly speaking, people’s reactions to how brands are responding to the war in Ukraine depend on at least two things: 1) what type of action is being taken, and 2) the perception of being an ‘ethical business’, which is often related to the environmental, social and governance (ESG) stance the corporation is committed to.

In fact, the invasion by Russian troops has been described as ‘a moment of truth’ for companies that have professed ESG values –  a kind of ‘ESG reckoning’. There has never been a larger brand exodus in recent history than the one we are witnessing as a result of the Russian invasion of Ukraine.

So far, we have identified eight brand responses, thus extending some of the existing lists which tended to focus on responses as they relate to Russia:

If we place those reactions on a continuum, from most proactive to the least, we see this:

When we looked at people’s responses to corporate actions as listed above, a very obvious pattern emerged: the harsher and more concrete the action, the more positive people feel about it. Conversely, a lack of action elicits strongly negative feelings. This mirrors findings we have been seeing from polls and surveys that show people’s demand for strong and decisive brand actions.

And social data reveals a lot more than just this easily discernible dichotomy of positive vs negative reactions. What brands say and how they say it matters to consumers. It matters because social insight can inform and transform their actions, thus reducing risk, such as reputational risk if comms are misaligned with current social debates.

Here is the wide range of responses that we identified on social media:

“Thank you so much @toyota 💛 @Lexus 💙. Your support is extremely important for each saved life here in Ukraine 🇺🇦”

“Thanks to @IKEAFoundation for stepping up and showing the world what you stand for.”

While AirBnB’s decision to offer free housing for refugees was a positive act of support for Ukraine, people wanted to know more:

“Free housing?  Where? For how long? How do they get there? Point is, this is a great big woo-hoo for the corporation. Details would be appreciated.”

Only because a brand is doing the right thing, doesn’t mean that people will applaud blindly. Better communication and transparency are needed, even in times of war.

There is a degree of distrust for large corporations on social, especially for brands that are slow to respond or respond only after public pressure.

“Why is the @netflix platform available in Russia at all?! Why are ANY American services operating in Russia now?? 🇺🇦”

People also question the temporary nature of some of the brand responses:

“I hope, that sanctions won’t be lifted up immediately after signing peace treaty. Sanctions should be held at least for 1 week for each day of war.”

“To be honest, regardless if it’s opportunistic or not, the colors on Ukraine flag have a very different meaning to the one you posted. So, as Ukrainian born I’d take slightly offensive, that our cultural values on a national flag are being replaced by other company values. Don’t get me wrong these values are not bad either, but they do not belong on this flag in this design/setup”

“This can come off highly offensive and repulsive to many…using a global crisis to virtue signal for one’s business…? Not great optics.”

“Coca Cola are refusing to follow every other major foreign company & pull out of Russia. They are putting profits above Ukrainian lives. Boycott them today @CocaCola @OtlPodcasts #StandWithUkraine️” 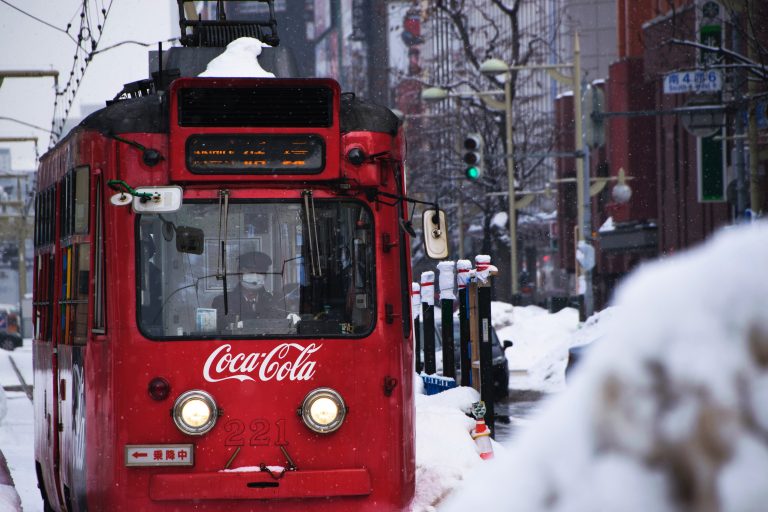 “If he shuts down Teslas in Russia, no one in a non US-allied country will ever buy another Tesla. And hopefully sales in the West will also crater as people realize they can be personally targeted by a future unfriendly government.”

“There are long lines of Russians at IKEA. I would think they’d be rushing to the grocery store to make sure they have shit to eat due to Putin blowing up Russia’s economy. Also, the founder of IKEA was a Nazi supporter. So there’s that. #Russia”

Indeed, there were some comparisons with German companies during World War Two  – notably Volkswagen and Hugo Boss.

As we can see, social media responses reveal nuances and a range of attitudes towards the exodus of western companies from Russia. Brands should take note. Not only is it setting precedents through their actions but it may affect how consumers perceive the brands in peacetime.

Yet, the focus on the simple sentiment dichotomy of positive and negative remains rooted in mainstream marketing thinking. We need to appreciate the continuum of reactions to the brand exodus to understand what consumers demand and expect of brands’ ESG credentials moving forward. You’ll have front row seats to the dawn of new ESG investing, born in the throes of the bloody conflict in Ukraine.

To find out how you can use social listening for better business insights, sign up for our newsletter or schedule a chat with us.