Meme marketing: the good, the bad and the ugly

It’s November 2022, and one of the top trendsetters on TikTok is an owl.

How did we come to this?

Duolingo’s TikTok has become an internet sensation by featuring its life-size mascot owl in a series of entertaining and unhinged videos.

Many involve the owl threatening language learners to do their daily exercises – or else.

after all, we have always said we’re free, fun and ✨effective ✨ at teaching languages. #Duolingo #squidgame #redlightgreenlight #run #helpme #owl

In another TikTok, the Duo owl can be found twerking on an office tabletop in what’s captioned as a “sneak peek at premium content you can only get with Duolingo Plus.”

And it’s a hit. Duolingo now has 1.7 million followers on TikTok, 7 million likes, a 19% engagement rate and a tangible business impact: Duolingo has skyrocketed to the #1 education app in the Apple App Store.

The company has mastered meme marketing by entertaining its audiences, leveraging viral trends, interacting with other TikTokers in the comment section and poking fun at themselves by recreating memes that have been created about the brand.

Memes are about connection as much as they are about humour. They have the power to build online communities, allowing people to feel good, share a laugh and act as a social glue in turbulent times. They also have the ability to convey ideas more succinctly than words.

No wonder brands want to get in on those good vibes.

Yet many get it wrong.

So how can brands piggyback off the popularity of memes and match the success of Duolingo while avoiding its pitfalls?

We’ve looked at the best, and worst, of meme marketing campaigns from recent years to help you understand what works, what doesn’t – and why.

Here are our top 3 tips, along with the best and worst examples to emulate or avoid. 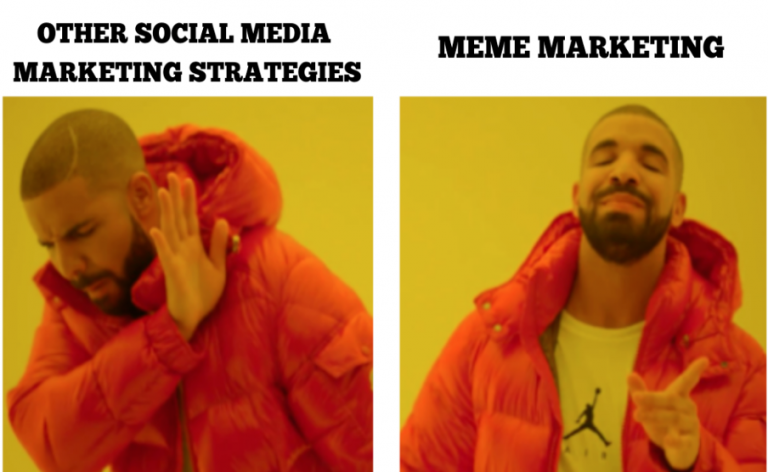 1. Be well-informed – not blindsided

Most fundamentally, don’t insert your brand where it doesn’t belong or you risk people laughing at you rather than with you.

We see many commentators complain about intrusive and cringey meme marketing campaigns because they jump blindly into public conversations.

So do your homework. Before posting meme ads, brands need to be well aware of:

Netflix is great at letting its audience take the lead and show them what kind of meme content they appreciate. Netflix even created an Instagram page, Netflix is a joke, where their customers share memes, and that helps the company to gain more audiences.

In this way, brand-loyal customers to generate promotional content for them. The biggest customer meme hit was probably Bird Box. It saw such an upswell of consumer-generated memes that Vox wrote an article about why Bird Box memes are so popular. 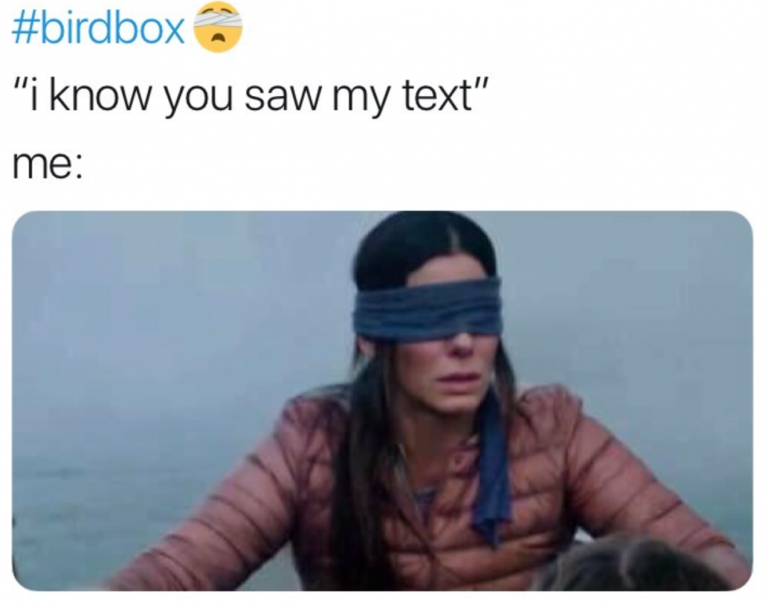 Now, let’s take a look at a few of the blindsided meme-marketing offenders.

US Department of Health and Human Services: know thy audience

In 2014, the US Department of Health and Human Services jumped into a popular meme trend on Facebook without first considering how receptive their audience would be to such a post. 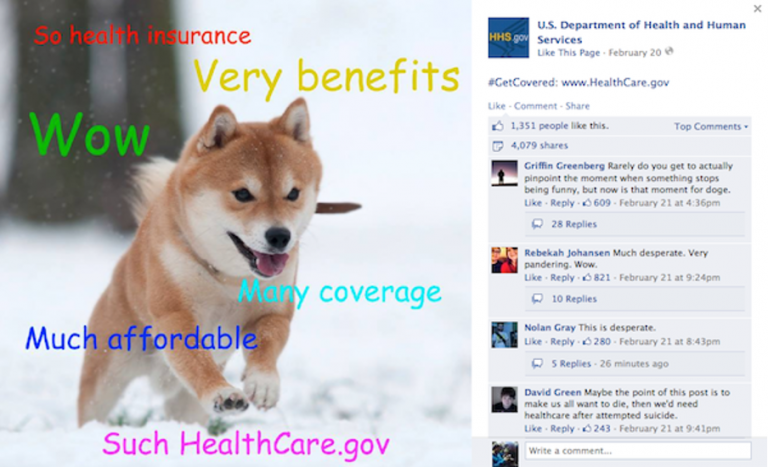 Commentators were outraged that they used the popular internet icon Doge as a mascot for marketing the government’s new healthcare programme. Health was simply too serious a subject to make light of – making the department look flippant and insensitive to the very audience they were trying to win over.

#WhyIStayed was a popular hashtag on Twitter in 2014. The hashtag was used to show support for domestic abuse victims after the Ray Rice scandal erupted. Then suddenly, interrupting the grave discourse on abuse, came an ad for frozen pizzas.

As DiGiorno’s panicked follow-up post clarified, the brand had embarrassingly jumped into the conversation without having a clue about the context.

In short, never post something without understanding the wider social media conversation – or risk looking tone-deaf if the process.

Just like all trends, memes too have a shelf life. As soon as a meme goes viral, its relevance will keep for only so long. So don’t serve your audience what isn’t fresh. Capitalizing on old memes simply makes a brand seem out of touch.

IHOP learnt this the hard way in 2014, when they copied a meme that had peaked more than two years prior. The consumer response fell suitably flat.

So know thy audience, context and timing. If you create a tone-deaf, pandering meme campaign, you risk making your brand the internet’s latest laughingstock, or worse –  subject to its rage.

2. Be relatable – not desperate

You know the cliché.

A teenager has a bunch of friends over. The dad wanders in, and obliviously uses some “hip” slang words to prove that he’s still “with it”. And the rest of the group cringes, embarrassed on his behalf.

The world of meme marketing works much the same.

Consumers are looking for themselves in a meme. They want to see something recognisable in the sentiment conveyed – and will reject meme ads that seem to be lazily shoehorning trends or slang into posts.

In 2017, the luxury fashion brand Gucci seemingly pulled off the impossible: with memes, they found new audience segments by showing that they could be hip and relatable.

They were one of the first fashion brands that collaborated with Instagram meme-makers to promote the collection of watches. For their #TFWGucci campaign, they flooded social media with a series of highly relatable, hilarious memes like the two posts below. 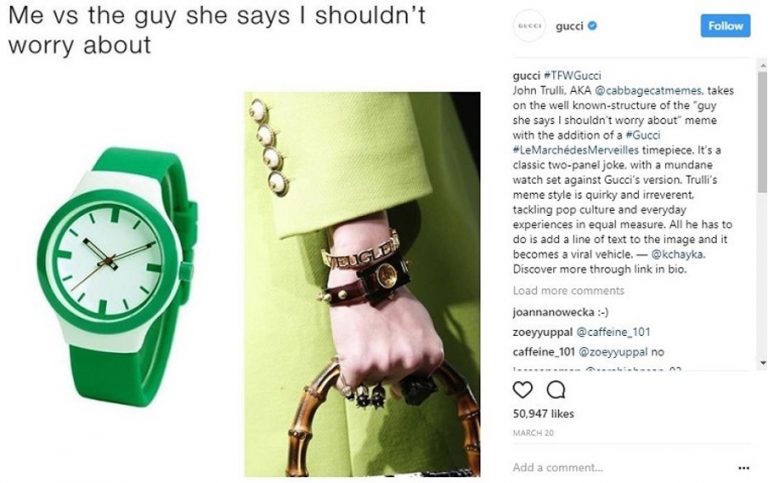 By lowering its tone and showing it was ‘in on the joke’, Gucci showed itself as trendy and relevant to a younger audience.

Never co-opt meme trends that are totally unrelated to your product in an attempt to seem on the pulse.

A notorious example came from McDonald’s UK tweet back in 2018. The post attempted to play on the “say no more fam” meme that ridiculed strange haircuts.

Him: Meet me at McDonald's?
Barber: Say no more, fam. pic.twitter.com/Up7lkDqwPq

The post was an embarrassing and transparent attempt at pandering to the youth. It was outdated (referencing a meme trend from 3 years prior), and above all, it made no sense whatsoever. Avoid.

3. Be entertaining – not sales-y

Fundamentally, people don’t want to feel like they’re being sold to.

Memes subtly integrate brand messaging into conversation – but only as long as it’s genuinely funny.

So create fun content to stand out. And if you can’t think of anything, don’t post – and never sell directly.

In 2017, the distracted boyfriend meme was breaking the internet. Several brands got on the bandwagon.

Penguin Random House’s meme was one of the few that made a success of it. It became an instant hit as it was creative, relatable and didn’t seem like a lazy attempt at marketing.

On the flip side, like most other brands that tried to appropriate it, Jimmy John’s version of the meme failed to gain any traction. It lacked originality and was overtly promotional – and audiences saw through it.

Did I do this right? pic.twitter.com/u8pwYbvhID

So if your focus is more on exploiting trends for your latest campaign than it is to entertain and bond with your audience, don’t be surprised if you get sniffed out miles away. 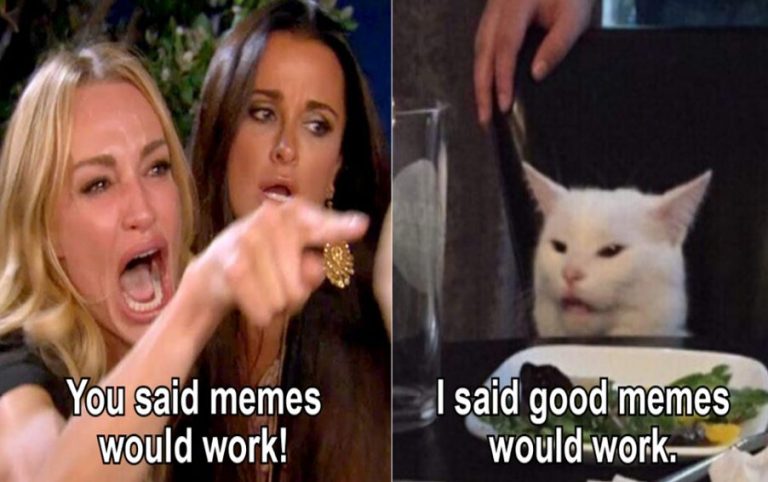 So what have we learned?

Being in tune with pop culture is essential. Check what’s trending, create a timely meme and don’t be too promotional. People should be able to relate to the meme and most importantly, it should be genuinely funny. Remember that there is nothing more ineffective than shoehorning slang into your posts, or co-opting meme trends that are totally unrelated to your product.

In short, in meme culture, you win by being relatable – not promotional.

So go forth, and meme. It can help engage your audience, create a sense of association and even inspire brand loyalty. What’s not to love about that?

To find out how you can use Quora for better business insights, sign up to our newsletter or schedule a chat with us.