How to market to LGBT+ audiences

Pride month is over.

As the flags come down, there’s a lot to learn.

Pride started as a deeply political movement led by people on the fringes of society. But a lot has changed in 50 years.

Now, Pride is an event sponsored by multinational corporations who invest millions of dollars into the parade.

And while company support of LGBT+ causes is a sign of hard-won queer-visibility, brands still struggle to market to LGBT+ customers.

‘With two equal buns for equal love and equal rights’.

Burger King Austria made a Pride burger that’s either two tops or two bottoms… what in straight hell? pic.twitter.com/bSl3Cyiq9p

How can brands learn from past marketing mishaps to better communicate with queer audiences? Here are our best tips.

On the 1st of June, social media underwent a sudden and colourful transformation. 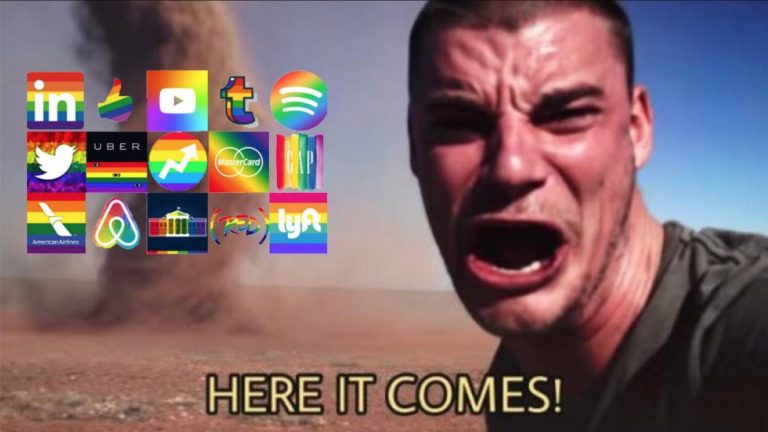 Companies switched to rainbow versions of their logos and decorated their merchandise with pride colours.

But many consumers associate such marketing efforts with false allyship.

What once might have passed as support for the LGBT+ consumers is now recognised as “rainbow washing” – an organisation’s use of rainbow colours to feign LGBT+ support while making no real effort to create a tangible, positive impact for the community. 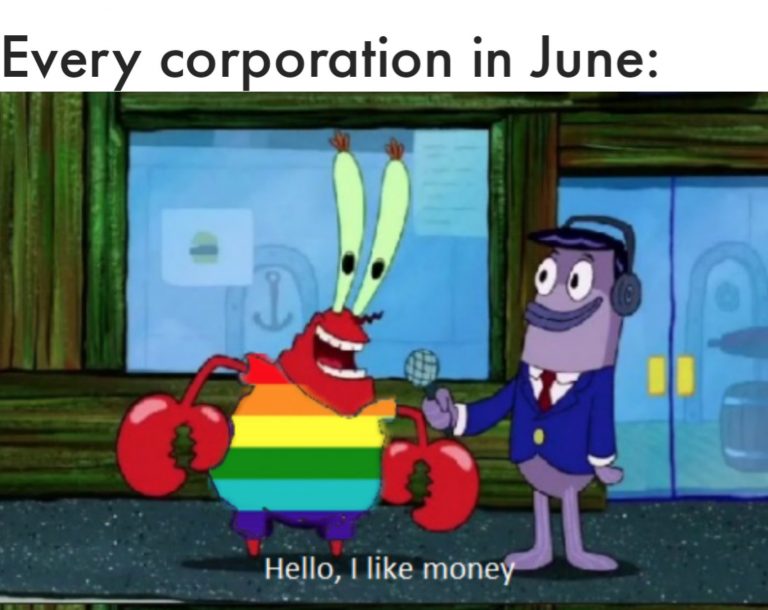 Social media has become a major arena for young people to call out rainbow washers. On TikTok,  #rainbowwashing has 7.4 million views. #Rainbowcapitalism – the notion that corporations earn economic and social capital from Pride-themed merchandise – has 41 million.

Comedian @Megstalter even went viral on TikTok for parodying corporation’s cringey adoption of queer slang while selling to LGBT+ customers.

“Hi Gay! Happy Pride month. We are sashaying away with deals. We’ve been making butter since 1945. And we’ve been accepting all people since… the last 4 months”

Nor is this the first time social has been used to poke fun at rainbow washing. TikTokers roasted Target’s 2021 Pride apparel for its rainbow-washed clothes. In 2022, Regenbogenn apparel’s non-binary flag t-shirts were widely ridiculed for coming in male and female varieties. 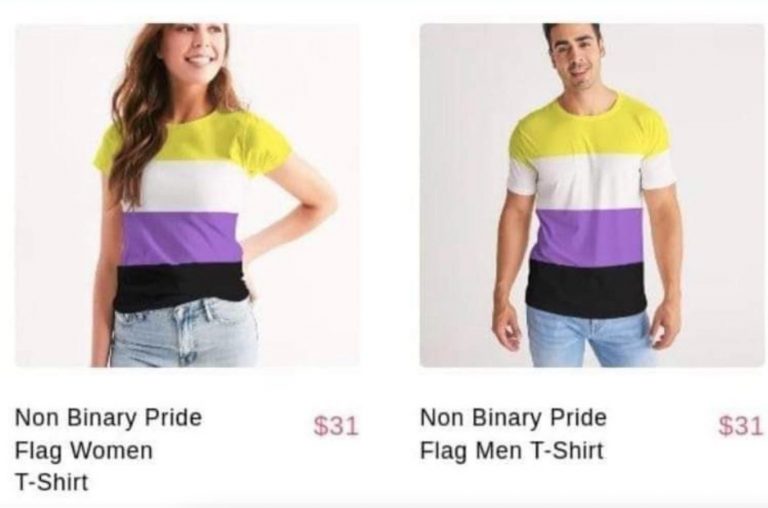 But at its worst, rainbow washing is no laughing matter. Some corporations use their colourful graphics to market themselves as LGBT+ allies even if donating thousands of dollars to organisations that hurt the queer community at the same time.

Consumers now see through this façade. Projects like No Fake Allies and Accountable Allies hold Pride’s sponsors to account by tracking their donations to anti-LGBT+ campaigns. 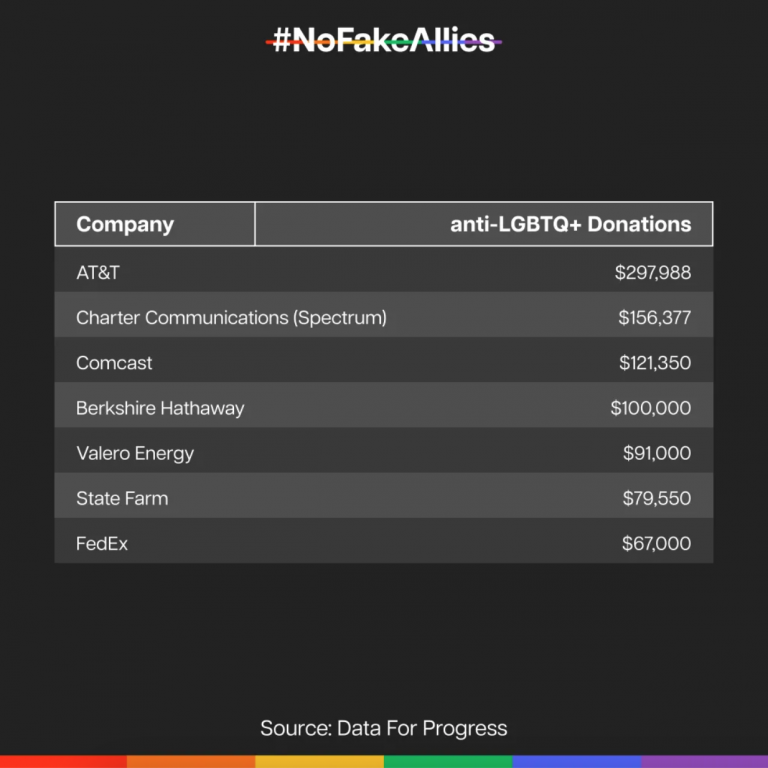 So far, so obvious. Companies should ensure their marketing avoids just paying lip service to the LGBT+ community. Just ‘talking the talk’ not only risks a brand’s image, but alienates the increasingly vocal audience of queer people and allies.

Even if marketing to LGBT customers requires a lightness of touch, it’s far from impossible.

One of the best actions companies can take is putting their money where their marketing is. Donate to LGBT+ causes. American retailer J.Crew pledged 50% of the proceeds from its Love First tees and hats to PFLAG – the US’s largest organisation advocating for LGBT+ people and their families. 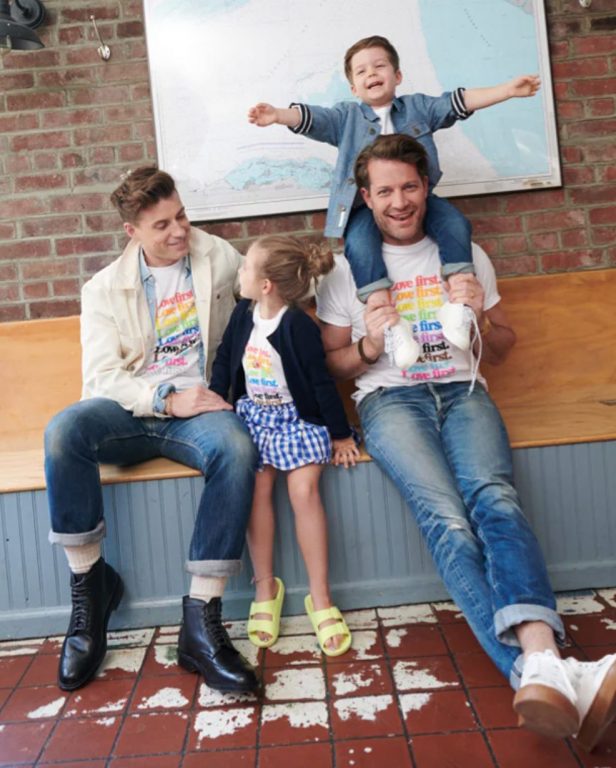 Sponsoring queer content creators during Pride can also have a real, positive impact. TikToker @Dylanmulvaney, for instance, told her 6.4 million followers to bear with a high number of sponsored ads to “let corporations pay for my transition”.

But other LGBT+ creators have complained that sponsors tried to commercialise their identities during Pride month, solely interested in partnering with queer creators for the one month that it’s profitable.

There’s a lot to learn from this. In order to create strong partnerships with LGBT+ creators, corporations need to partner with them throughout the year, and appreciate their identities as a whole. Queer people are members of every demographic cohort. They’re ethnic minorities, parents, cat-lovers. Ignoring these characteristics while trying to engender another fails to represent a group as heterogenous as the queer community.

brands marketing me and my
to gays: gay friends: pic.twitter.com/7Nx0DWGUjR

There is a long history of misrepresenting queer audiences.

In 2022, marketers that authentically represent LGBT+ audiences are rewarded for their efforts. Target, for example, learnt from the disastrous reception of their products in 2021 and created a TikTok approved line of products in 2022.

The new products attempted to represent LGBT+ people as a whole, rather than solely focusing on their queer identity. These shot glasses reference queer people’s sexual orientation with other aspects of their personality, such as a love for granola or astrology. 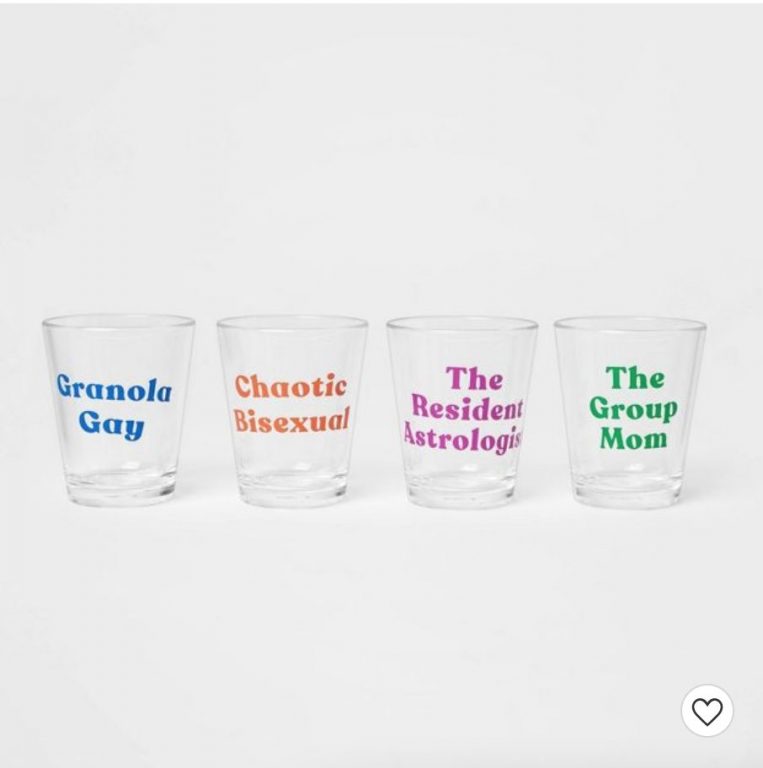 Levi’s ‘All Pronouns, All Love’ Pride Collection was met with a similarly warm reception. Not only did the expanded size-range cater to customers of different body types, but Levi’s new line of clothing was gender-neutral, reflecting Gen Z consumers’ rapidly changing relationship with gender. 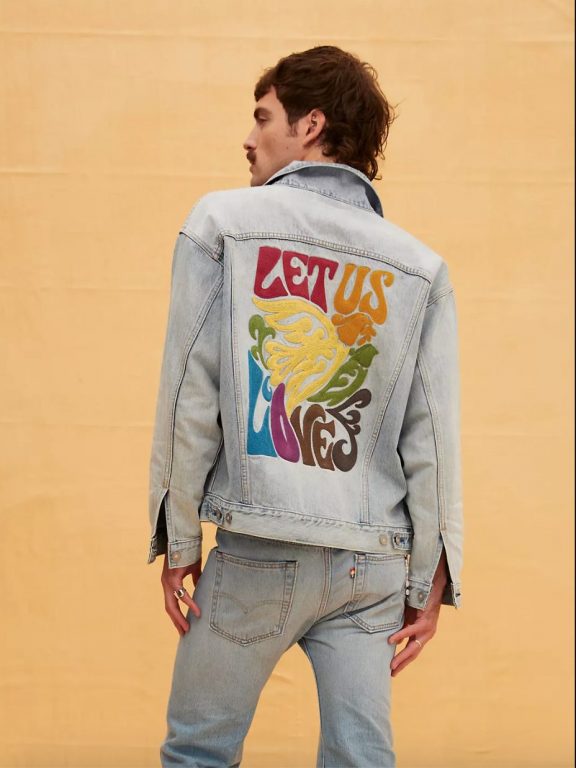 And marketing to Gen Z is crucial.

As Forbes observes, traditionally corporations have concentrated their marketing efforts on LGBT+ millennials because of their higher purchasing power. But in a few years, queer Gen Zers will enter the 25 to 34-year-old age group coveted by markets. There’ll be a lot of them: 21% of Gen Z identify as LGBT+. So, it is brands who risk losing out by misrepresenting a growing market segment like queer customers.

4) Where’s the T? Include trans people in your advertising

While cis-gendered members of the queer community complain about their inaccurate portrayals in campaigns, the trans community is often wholly unrepresented. Just 0.3% of TV adverts feature a trans person, even though there’s an estimated 600,000 trans people in the UK alone.

Ads that have featured trans people received due praise. In 2020, Starbucks’ #whatsyourname advert won Channel 4’s Diversity in Advertising Award for its touching presentation of a transgender teen finally being called by his real name.

So, as we wrote in a previous article on marketing to diverse audiences, brand inclusivity has gone from something extraordinary to something expected. That article made the mistake of bundling all minority consumers together. This article is a step towards correcting it.

Not just in June, but year-round.