Every month we will share a hashtag with you.

This is about shining a light on interesting and important topics and the communities that come together around them.

November 11th – 15th November marked Anti Bullying Week and social media was buzzing. Launched by the Anti Bullying Alliance, the theme was “Change Starts with Us” – and the goal was to educate and spread awareness of bullying in schools, to promote kindness and stop bullying.

As primary and secondary schools got involved in the many different activities relating to the topic, social media channels documented the ways in which children learned about bullying, and how to show kindness and empathy towards their friends and peers.

The campaign lent itself to a number of striking observations.

How it works, looks and feels

1. The activities and engagement with children and the campaign 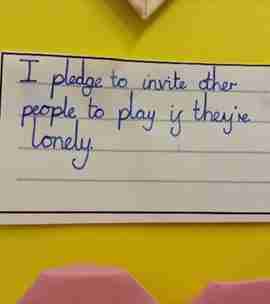 “The children enjoyed a fantastic house afternoon to celebrate anti bullying week.  They decorated odd socks, made paper chains, completed the daily mile and rehearsed a song which was performed as a whole school at the end of the afternoon. #AntiBullyingWeek #ChangeStartsWithUs”

“I’m so proud of my son, today he’s going into school to tell the headmistress of bullying he’s witnessed going on in his school.  #proudmum #antibullyingweek”

2. The endorsement of, and need for, the campaign

“It’s #OddSocksDay at my children’s @Blenheim_Sch. Such an important message to spread. We are all different & unique but are equal. Let’s stamp out bullying in school & the workplace! #AntiBullyingWeek #ChangeStartsWithUs”

“I’m someone who actively speaks out about issues that affect our #mentalhealth. The #AntiBullyingWeek message is SO important. #Bullying is 1 of the biggest killers of people in the world. It really is. Big bullying or little bullying is still bullying. Just respect each other.”

3. The link with related campaigns, to spread the message and increase reach ( and credibility by association)

“Its #oddsocksday as part of #antibullyingweek. I wasnt aware if this until just now so I’ve rushed upstairs to get some fresh #oddballs odd socks.”

“@AdrianBethune @theJoyAt6 Love your spin on #AntiBullyingWeek… always good to frame things positively 🙂 This is why as well as ‘what did you learn today?’ I’m asking my kids, ‘when were you kind to someone today?’ Here’s to #worldkindnessday!”

4. Sharing experiences of own experiences with bullying, a chance for people to tell their stories 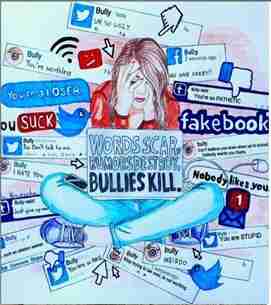 “To kick off Anti bullying week I wanted to share my story of bullying growing up; I was bullied for being “fat”. The worse thing was that Adults were part of the bullying! Change begins with us and our behaviour! Think before you speak #Antibullyingweek”

What makes it interesting?

From a social media research point of view, this campaign stands out as it has encouraged people to get involved on various platforms, get creative, promote its messaging and share why they believe the campaign is so important.

The campaign itself was full of variety, gained diverse engagement and rode the wave of #WorldKindnessDay to promote its message, but it was the use of other creative ‘mini’ campaigns that really got people talking.  ‘Odd socks day’ was widely adopted by children and adults alike, helping to promote the message of diversity and inclusion in an expressive and visual way.

What’s striking was the strong engagement this campaign had on both the target audience (children), but also on the people (stakeholders) tasked with delivering the messages and ideas of the campaign – and with people who had a form of connection to the overarching message outside of education.

The message and campaign flexed well to multiple environments, situations and audiences.

What does it show us?

It also shows the power of a grounded hashtag, alongside other, trending hashtags – and how a multi-armed strategy to campaign implementation can get people more engaged and talking about your messages.

So often, a well-meaning campaign can be drowned in the noise of social, however, #AntiBullyingWeek was a well mapped, powerful campaign that clearly landed with the audience.

This campaign showcased the desire for people to get involved when the message was close to their heart, on a cause they believed in.

Social also provided the platform for people to share stories which may otherwise have remained hidden under the surface.