Are people willing to pay a premium for sustainable products?

The way we’re trying to create action about climate change isn’t working. The rate of change is too slow. We need the mainstream to care. So we’ve looked to social media to understand what makes consumers decide to move from passive to active. Here are some highlights from our research findings.

Question: Are people willing to pay a premium for sustainable products?

Many argue that going green is actually cheaper, especially over the long term.

Plant-based Diet:  Several people commented that a plant-based diet was cheaper than eating meat, and some seemed genuinely surprised that meat-eaters had not reached the same conclusion.

“The last time I checked, not buying meat is cheaper than buying meat…What part of that do you not understand? It is like arguing with a child who clearly hasn’t done their research.”

Buy Locally: Several mentioned that buying local produce was not only fresher but less expensive. However, an equal number felt buying locally was more costly and less convenient.

“You’re so offended by the labelling of fresh local British🇬🇧produce that you prefer to “get into your car” to go buy imported fresh food which is: 🥀less fresh 🚸has a higher carbon footprint ❎produced to lower standards 💶more expensive? Not for me. #BuyBritish #BuyLocal” “I know that buying local helps the environment — but buying meat from your local butcher and fresh fruit & vegetables from a local market is so much more expensive and inconvenient.”

Owning an Electric Vehicle: While many acknowledged the initial upfront cost of an electric vehicle might be more than an ICE vehicle, many had concluded that the overall price when you factored in maintenance and petrol costs was much cheaper.

“I think they have become competitive with ICE vehicles in many areas, and are superior in some, and have done so incredibly quickly. I think their advantages in simplicity will win out very soon in terms of ownership costs and maintenance.”

“I’m getting a Tesla solar roof installed… because it makes sense economically. I will have a significantly reduced electricity bill, and in the case of power outages or a grid-down scenario, I will be energy independent and still have electricity.” 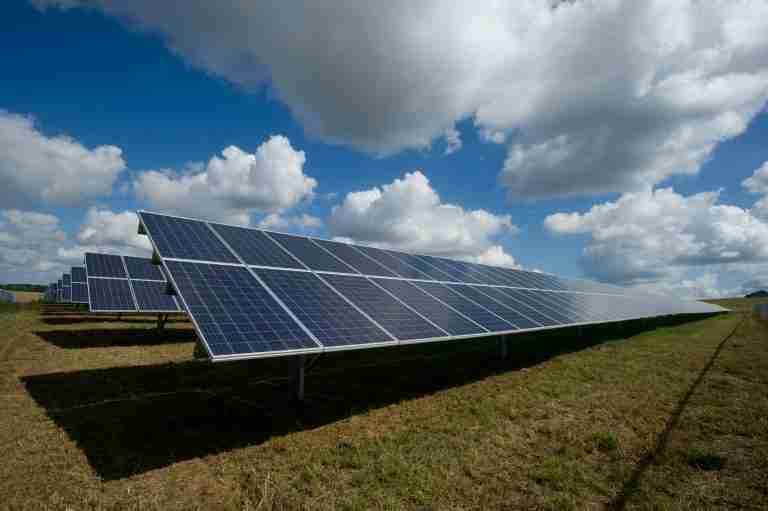 Technology to Rescue: Others felt that it was only a matter of time before technology would come to the rescue and lower prices for greener options.

“You doomers need to think bigger! Technology has been advancing rapidly; we have things that people just decades ago couldn’t have dreamed of! $100 portable computers, electric cars, and flatscreen televisions!”

However, some were not so sure technology would be enough to lower prices.

“Yes, technology can help lower carbon mitigation costs, but it is misleading to argue that new technology will allow us to address climate change AND save money. Guess I am too much of an old neglected economist to buy that argument.”

Others proactively said they were willing to pay more for products and services if it meant helping the environment.

“I don’t know enough about the coffee producers to say which use more sustainable production…- but if you know any, I’m more than willing to look into them even if it costs me double.”

Slow Fashion: Many mentioned avoiding fast fashion and a willingness to pay more for clothes made where fair wages are paid.

“I don’t support child labor, slave labor, wage abuse, or fast fashion’s huge, negative impact on climate change, so I don’t buy clothes from Shein; I’d encourage everyone to do the same. Who pays for the actual cost of cheap clothes? The abused, severely underpaid workers. :(” “I try to only buy clothes made in the US because I know that people are at least paid a fair wage for making it, but that isn’t always affordable for the average consumer.”

Renewable energy: Several people mentioned they had no problem paying extra for renewable energy. Some even went so far as to encourage others to do the same.

“As a Texan…I am considered a progressive. I pay extra for renewable energy.” “I pay extra to my energy company to incentivize renewables.”

“I switched to 100% renewable energy sources through my power company (nuclear and solar) for $15 more a month on my bill. Yeah, it takes a little work and a little extra money upfront, but I’d rather do that than sit on my ass watching TV while the world burns.”

“Pay extra for your energy if you must, but the premium for green isn’t painful with companies like Octopus and SoEnergy.”

While others are willing to pay extra for renewable energy, they want some level of protection against the unpredictable price hikes associated with climate variability.

“Can anyone recommend a power company that uses renewable energy that won’t f*ck me price-wise if we have another ice storm or routine heatwave?”

Others mentioned instead of paying more for goods and services, they were open to taxation. 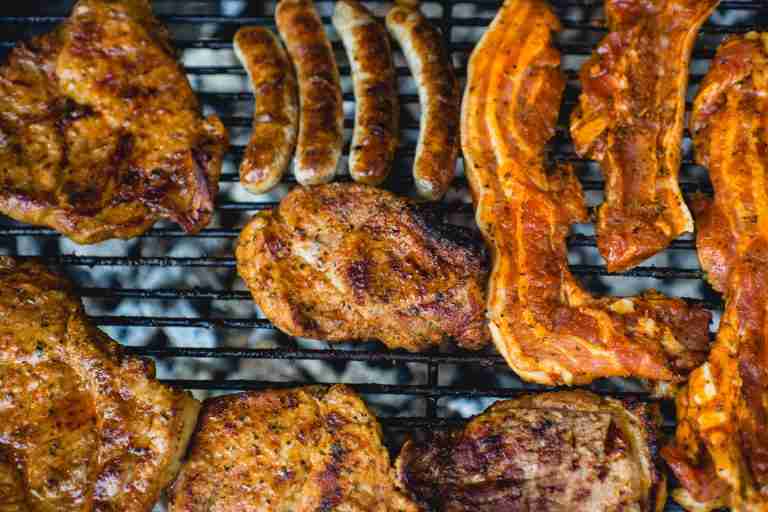 Taxation of meat:  Taxation of meat was met with both support and opposition. A few people admitted a meat tax might encourage them to eat less meat. While others who are already vegetarian or vegan were all for monetarily punishing meat-eaters. However, some vegetarians realised a meat tax was not the answer, as it would only hurt lower-income households who primarily eat meat. Some also acknowledged that veganism was a privilege for those who had well-paying jobs and that it was unrealistic to assume everyone could easily do it.

“I was never convinced by veganism on animal welfare grounds, but I acknowledge that we need to massively reduce our meat consumption on climate change grounds. A meat tax would help nudge me a bit.”

“The government could simply ban all meat that isn’t organic and carbon offset. That would make meat about 3 times more expensive, which is fine for me.”

“A meat tax, for example, would put the environmental cost onto those who cannot afford to pay, as a lot of lower-income households are reliant on cheap meat.”

While some believe they shouldn’t have to pay for something they didn’t create, others believe it doesn’t really matter who made the mess; we’ve all got to do something collectively about it.

“I’ve seen a lot of people argue “I had nothing to do with it, so why the f*ck should my taxes pay for it” but if not, who does?”

“Anyone unwilling/able to pay more for greener products/fewer products etc. would also be unwilling/able to support regulation that would have the same effect. Not to say regulation isn’t needed. It is absolutely. Just that an approach that dismisses the importance of personal responsibility and consumer choice is doomed to fail. We are all involved.”

Not my problem:  On the flip side, several folks are unwilling to pay more for sustainable products and some were not even convinced purchasing green products would solve the issue.

“So you want me to buy ‘green products’ that cost 3x as much as the cheapest ones? And it still all gets made in a factory in China that pumps out pollution then gets shipped overseas? And they end up in a landfill anyway? What’s that? It will make me feel like I’ve done something? No thanks.. I’ve got rent and sh*t.” 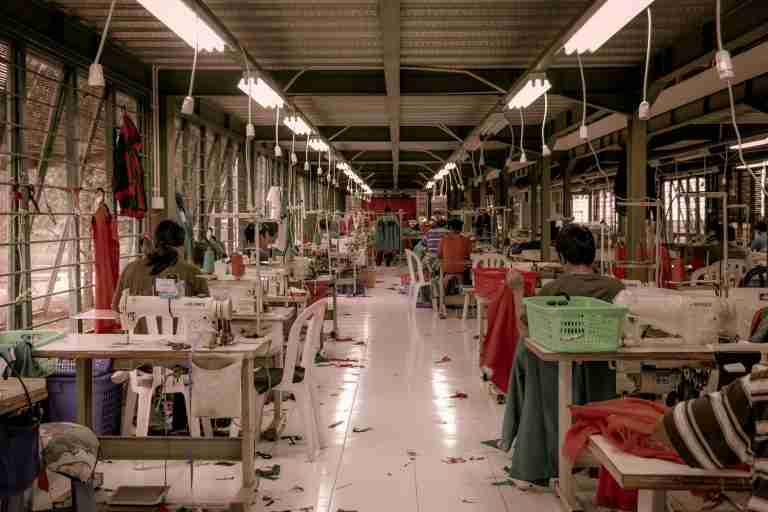 Limited Income:  One commenter felt victimised by fast fashion but admitted it was her only option given her limited income.

“I am also not perfect. I am a victim of fast fashion because I don’t have much money.”

Another person noted poor people, like herself, pollute more than their lifestyle requires because pollution is cheap. Rather than buying one pair of quality scissors that last forever, she could only afford 10 pairs of super cheap scissors that ultimately all end up in a landfill.

Cost on its own is not always the only deterrent. Some felt the greener options were of lower quality or not available at all. Others are willing to pay more, but they are unsure whether a greener option will genuinely make a difference.

“At this time, it’s harder to buy responsibly because, for certain products, there are probably no good choices available. When there are, often the price is 300% or higher. That makes it a more challenging decision. For things like cars, it’s difficult to figure out what’s best for America. Do I buy the vehicle manufactured in Kentucky by a Japanese manufacturer, or do I buy the one made in Mexico by an American company? I really don’t know.”

So take the floor. Brands can take advantage of the desired behaviours that people want to see, lead the way and inspire change.

To find out how you can use social listening for better business insights, get in touch with us at contact@listenandlearnresearch.com.